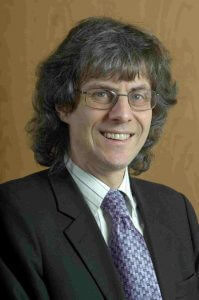 He works with litigators on IT litigation matters.  Although he works with clients who are involved with all types of technology, Dai has super-specialist knowledge in two niche areas of Information Technology law: safety critical systems (such as those in the transport and chemical sectors) and IT security.  He has advised on cutting edge technology including the Internet of Things, Smart Meters, Digital Currency and Bring Your Own Device.

Dai has the added benefits of masters degrees: one in Physics and the other in Computer Science.  He is also an active member of the Institution of Engineering and Technology (“IET”).  His expert knowledge of technology has led Dai to become a sought-after speaker on technology law subjects.  He has chaired an International Standards legal advisory committee for over a decade and is a recipient of the International Electrotechnical Commission’s 1906 award.  He is a past Council member of the Society for Computers and Law.

Examples of Information Technology law work in which Dai has been involved in recently are: